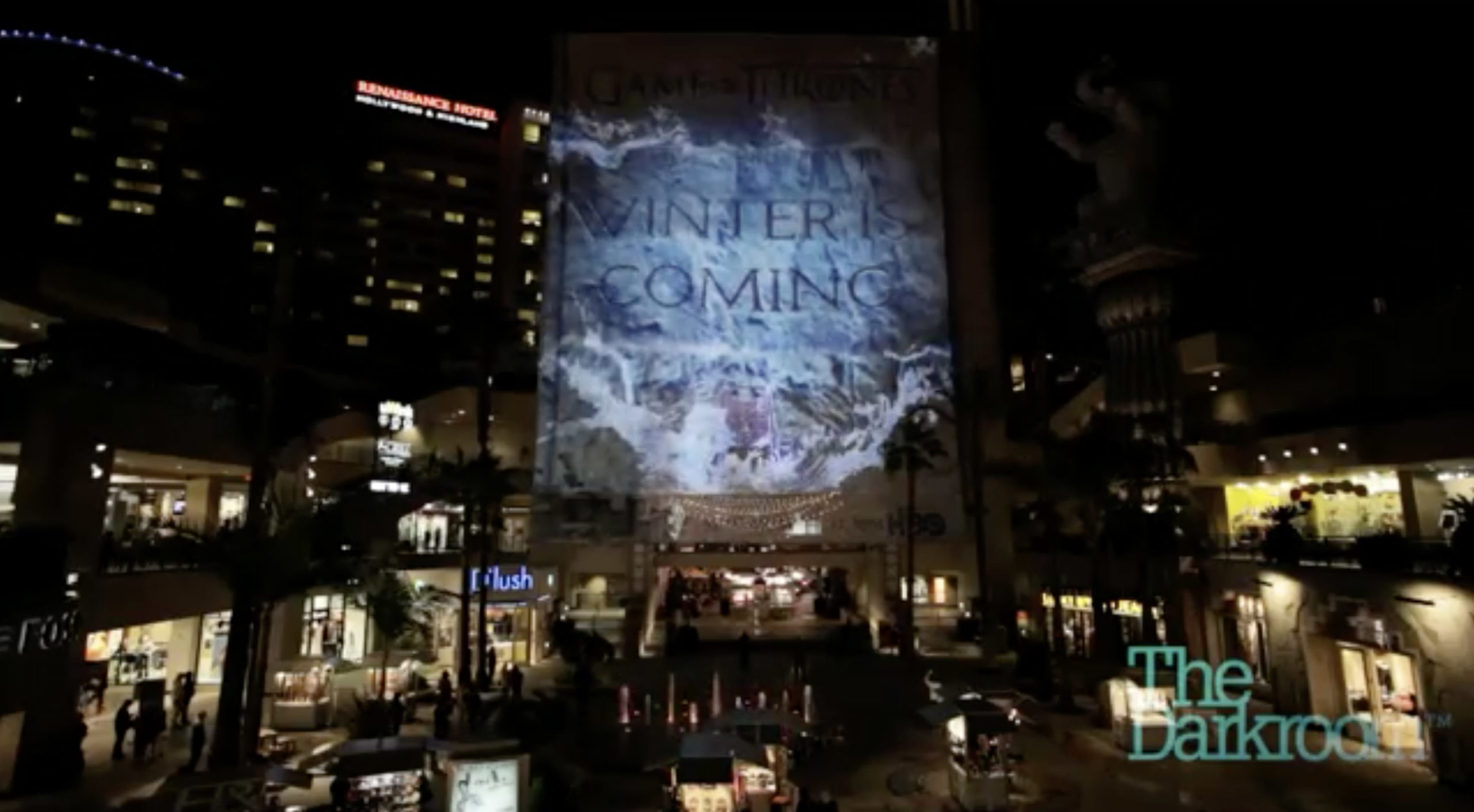 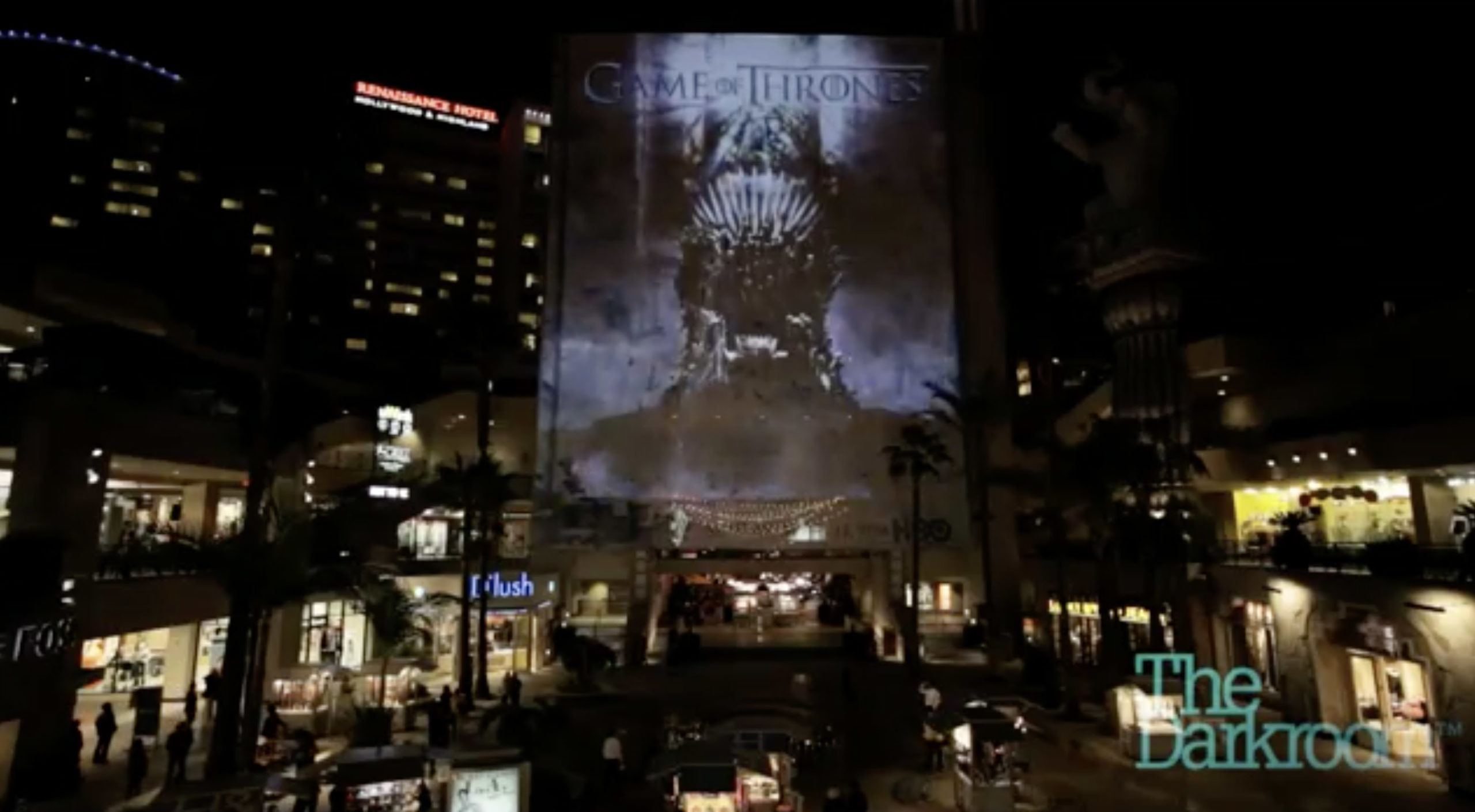 Concept, Engineering, Projection Mapping,
Show Production
"So we can't really tell you what the show is about, and we can't reveal the stars, or the plot, or anything else, but we CAN tell you that there is a gigantic wall of ice, and we were told that you could build one for us.".

Well, sure, but five stories tall in Los Angeles in August?

We worked with our friends at Traction 3D to install a gigantic 5 story poster of the "Ice Wall" which graced the Hollywood and Highland Center during the day. At night, it appeared to be lit by a spotlight - but it was actually a projection map created in partnership with London's The Darkroom and Staging Techniques, which brought the poster to life accompanied by the shattering drama of surround sound.