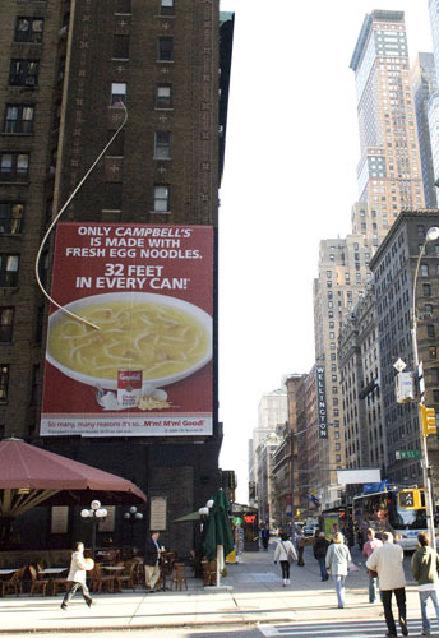 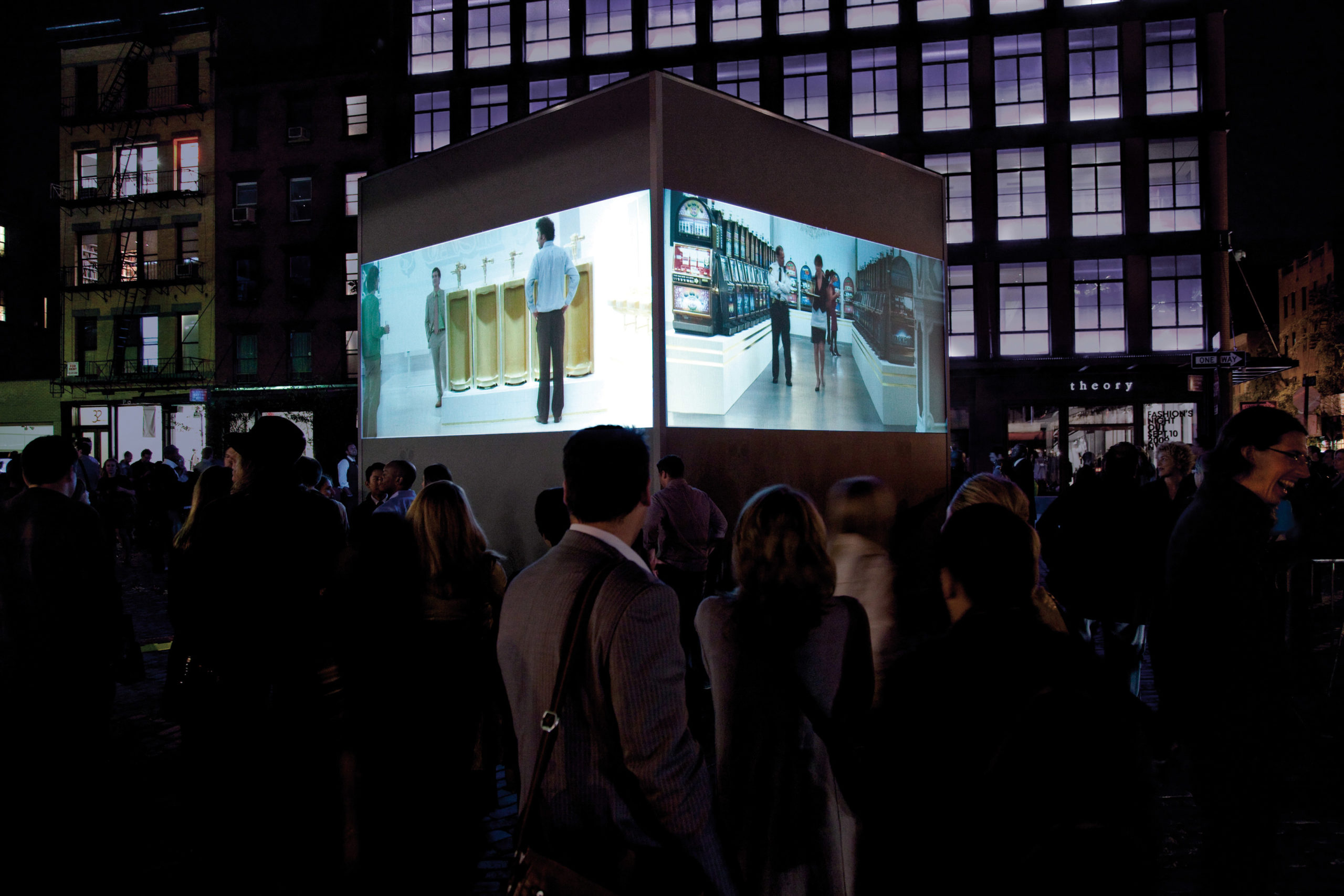 Engineering, Creative, Management, Production
Campbell's success with a tv spot celebrating their iconic noodle soup led to their interest in at last exploring an outdoor ad. They wanted it big, and up in time of the (also iconic) Macy's Thanksgiving Day Parade, as their media spot was right on the new route.

The project was concepted in May. November 8th, I got a visit from the account and creative teams revealed that the producers and vendors they had been working with had deemed the project impossible.

A week later, we stood from 10PM to 3AM in the not-darkness of Times Square, watching our 10 day project build: in the morning, New York City was 32 feet (of noodles) taller.