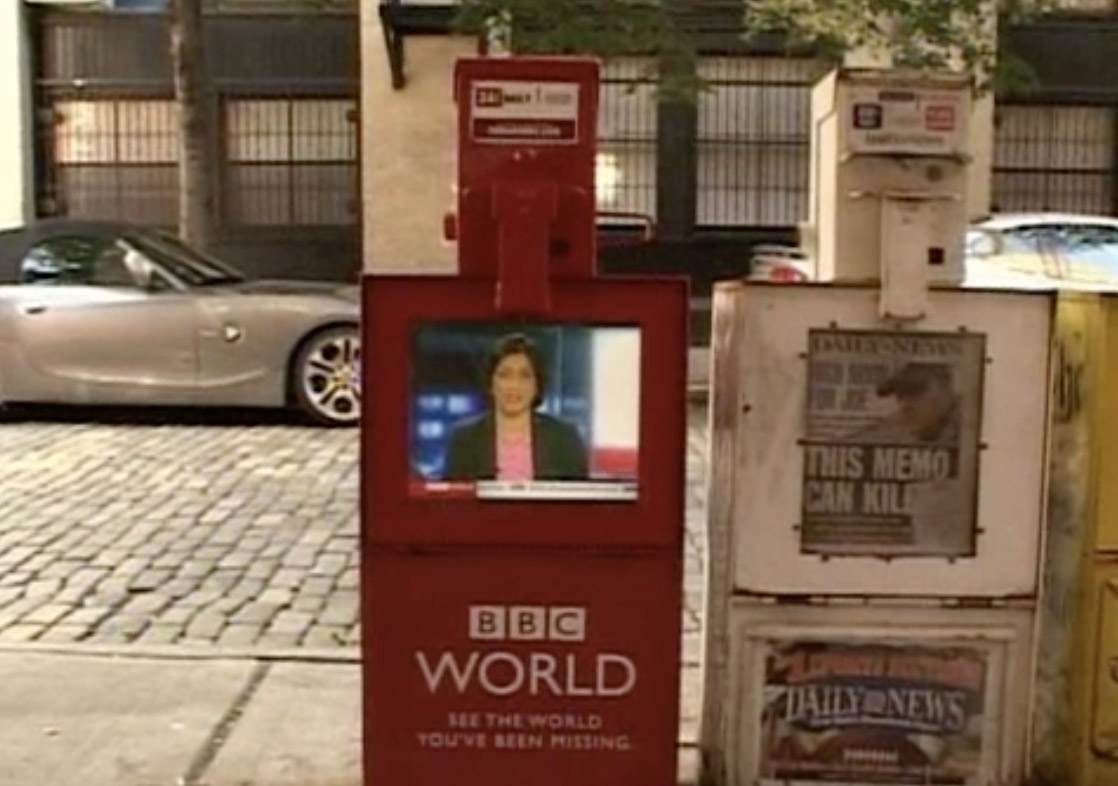 Engineering, Creative, Technology, Production
In a world so volatile, the intricate interplay each nation has on the other makes international news seem local. BBC World News wanted to illustrate their committment to not only the latest news, but its context within a greater whole.

So in a time before smartphones, on a busy New York street, a BBC World News paper dispenser, with a monitor of the broadcast, was placed beside traditional newspaper dispensers. And individuals picking up their morning news stopped and listened to a report which instantly changed the relevance and immediacy of the paper that they had just purchased.
Click here to contact us by email at hello@cabseverywhere.net.
Copyright © 2021